16 years ago I bought a poster of La Transhumance, but I didn’t really know what it was.  I just knew that I liked sheep.  This past weekend we had the opportunity to accompany our daughter’s scout troop to witness La Transhumance of a herd of sheep leaving Vendres and heading up to the Pyrénées mountains.  As we were all having breakfast together, and before heading out for a long hike to find the sheep, we collectively wondered how to say TRANSHUMANCE in  English.  Duh… it’s the same word.

The day was lovely!  We started out having breakfast as a group, then made our way down toward the path up which the sheep would arrive with their shepherd (that’s this guy’s only job, I love that!).  It took about an hour and a half one-way, but check out the video to see what came next.  It was well worth the time spent walking, and plus we got to check out the ruins of an ancient Roman bath along the way.

Some people complain about tourists.  I have a lot of Parisian friends and family, and they moan and groan about the tourists.  That’s kind of understandable, because Paris is a huge world capital, and there are always a lot of people out and about.  Down here in Béziers it’s a little different because when there are no tourists, you don’t tend to see many people.  For about a month we’ve been seeing more and more people in the streets, restaurants, and cafés.  That’s partially due to the amazing weather we’ve been having most of the time, and partially due to the mostly Northern European tourists who think that it’s delightful to take a dip in the Mediterranean when the water is only 19 ° (66° F).  If you’re from Northern Europe, tell me if it’s true  that you love the “plages naturistes“.

Tourists bring vitality this region, and it’s what the economy here thrives upon!  16 years ago, when we lived here for one year after getting married, someone told me that there are 3 passions in Béziers:  le rugby, le vin, et la féria!  I see now how true that is, and I think that this passion draws tourists to the region.  It’s what drew me here summer after summer, until we finally decided to move here last year.  Back in St. Louis, summer was definitely not my favorite season.  It was too hot to even get outside.  Here, even in the summer there’s often a slight sea breeze, and there’s no humidity to speak of.  I love to go and sit at the pub across the street and drink a cold beer while the kids ride their bikes and scooters on the big square.  I don’t even feel like we need to leave here to go on vacation this year….. but don’t worry, I won’t let that stop us!  Until then, I have to say that I LOVE MY JOB, and giving French immersion tours and French lessons in the region this summer is going to be so much fun.

Approximately ten weeks of festival, this is one of the longest running carnivals in the world.  Masks, costumes, music, pranks, King Carnival burned at the stake,  swapping of roles, and it’s all done in the Occitan language. 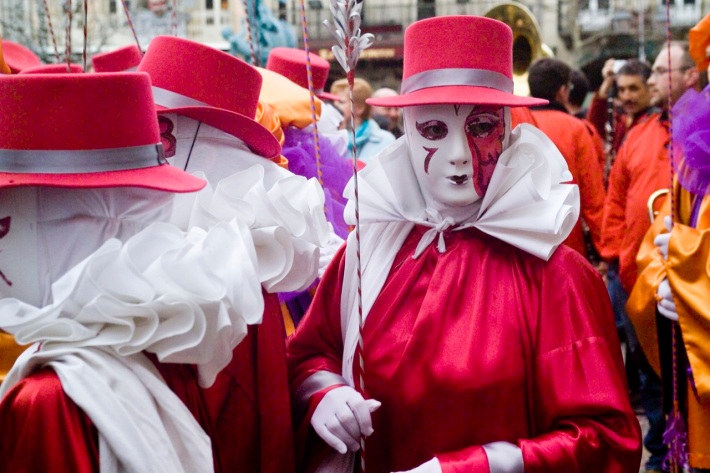 This is the pre-Lenten carnaval , and the first of several annual féria in Nîmes.

The main focus is bullfighting in the Roman amphitheater.

Traditional gypsy music,  traditional gypsy costumes, white horses of the Camargue, solemn procession of over 3,000, headed by the king of the Gypsies and the archbishop, weaves its way through the village streets, singing a repetitive chant until everyone reaches the sea.  Bullfighting, concerts, lots of food. 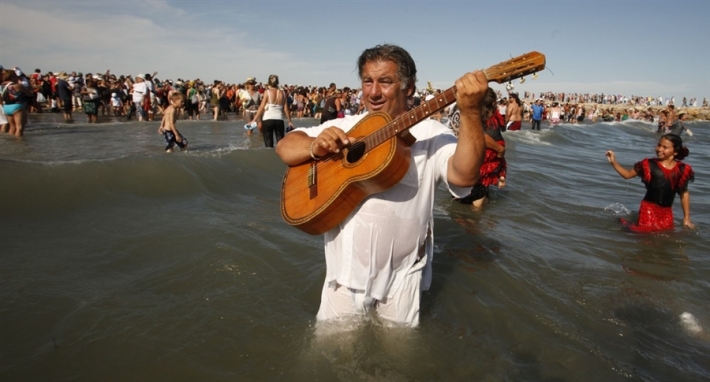 Traditional festival in honor of the town’s dragon mascot. 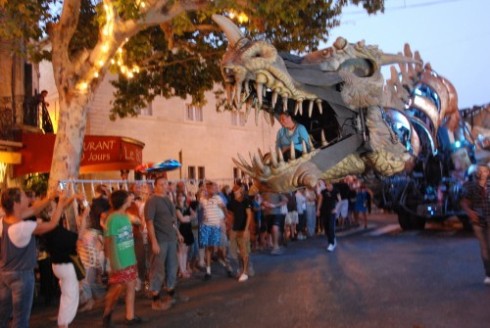 The cathedral is home to a festival of ancient music.

Theater and live performances,  proposing between 20 and 25 shows and drawing more than 40,000 paying spectators. 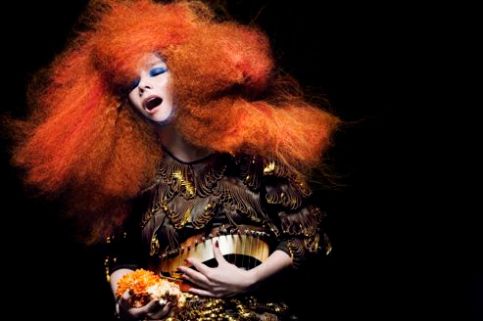 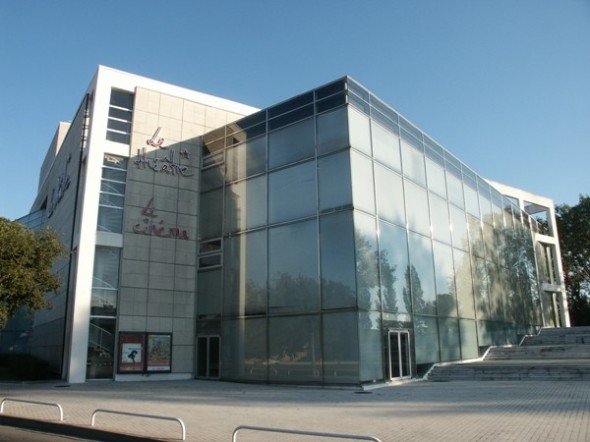 Music festival focusing on opera, classical music, and jazz.  90% of the concerts are free.

A week-long recreation of the medieval market and other celebrations. 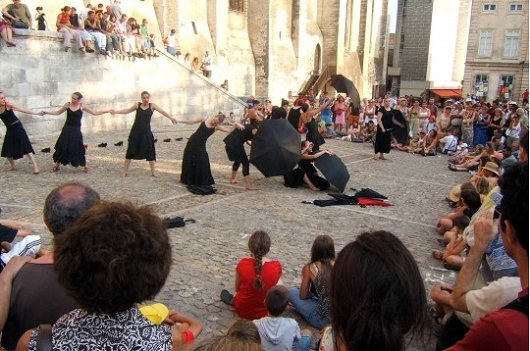 Baroque organ and choral music is held in a medieval monastery.

Originating in Sete centuries ago, this sport is now a passionate fixture of Languedoc traditional culture.  The most important tournaments take place on August 25, la Fête de Saint Louis.

Takes place in various town squares throughout the Orb valley, this festival features lots of wine and folk music activities.

In alternating years, Narbonne honors twin town, Weilheim in Germany, by a week of celebrations of Bavarian food and folklore. 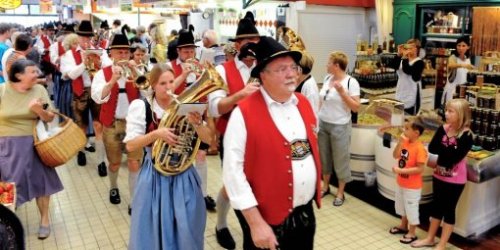 Basically a repeat of the Féria de Pentecôte that takes place in May. 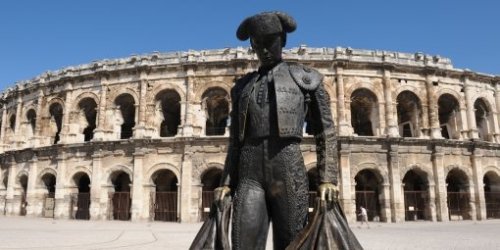 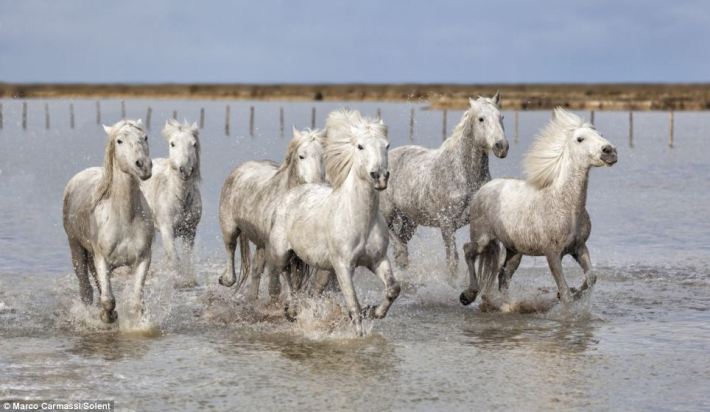 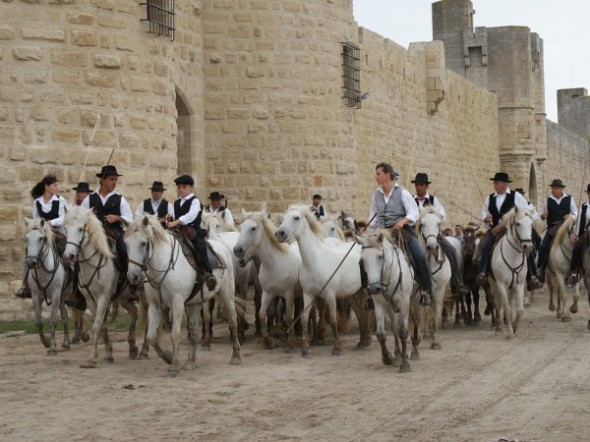 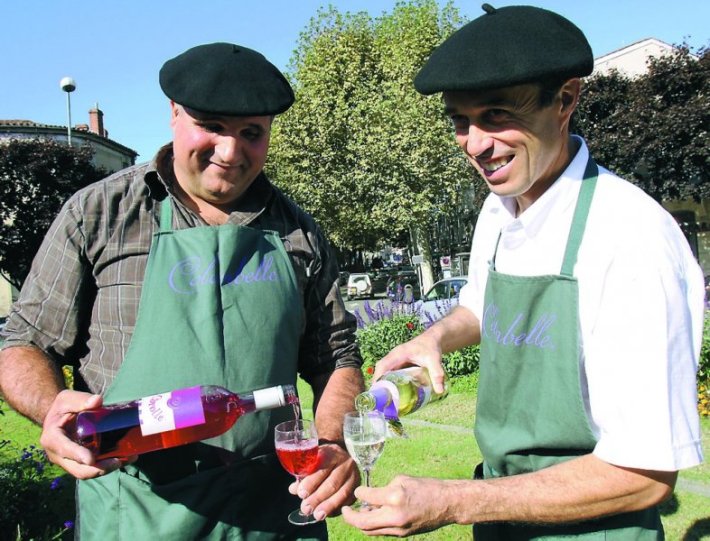 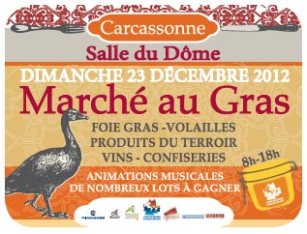 I highly doubt that I’ll make it to all of these festivals and events, but they do look like fun.  I think I’ll opt most likely for the various markets, medieval festivals, Christmas festivities, and wine festivals.

What have I missed?  If you know of other worthwhile festivals/markets/events going on annually in the Languedoc, please tell me about them in the comments.  Maybe there’s a festival that you think is great somewhere else in France?  If so, I’d sure love to hear about it.

Unauthorized use and/or duplication of this material without express and written permission from this blog’s author and/or owner is strictly prohibited. Excerpts and links may be used, provided that full and clear credit is given to Jennifer Crespin and Living in Languedoc with appropriate and specific direction to the original content.
%d bloggers like this: