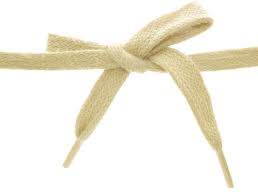 With our departure date only a month and four days away, it’s time to go to Chicago to get (another) long-stay visa that will allow me to live and work in France for a year.  During the first year, I plan to apply for French citizenship.  This time last year I went to Chicago for the same exact visa.  Turns out I didn’t need it after all, but I said it last year, and I’ll say it again.  French bureaucracy  may have a reputation for making official procedures as difficult as possible, but the people who work at the French Consulate in Chicago are really, really helpful.  I do think that it helps that I write all of my emails to them in French.  Perhaps if I were writing them in English I wouldn’t make such a good impression, and they may be less willing to take the time to help me.  They literally located all of the documents I will need for my visa.  I just have to show up with my passport, a few photos, and an envelope for them to send my passport with the visa inside back to me.

This time last year, we had big plans to move to France.  We were hoping to sell our house quickly and move to France during the summer.  As it turns out, our house didn’t sell until October, so back in August we made the decision to spend another year in St. Louis.  Life doesn’t always work out the way we would have hoped, but in retrospect, having this extra year to get our affairs in order has been very advantageous for us.  It’s given us more time to think about what the next step will be, and I’m not just talking about where we will live.

For example, I’ve been spending a LOT of time trying to get my online language school website up and running, and hopefully it will take off during the first year.  I’m also working a lot on a second blog, Learn French With Jennifer and recording French language videos for my YouTube channel.  This is so much fun, it’s truly exhilarating!  I never knew how great it would feel to create something of my own.  Have any of you created Internet based businesses?  I’d love to hear about it if you have, because I only have one and a half more weeks left of working as a high school French teacher.  I also need to come up with a name for my French & English language school, so feel free to share if you have any ideas 🙂